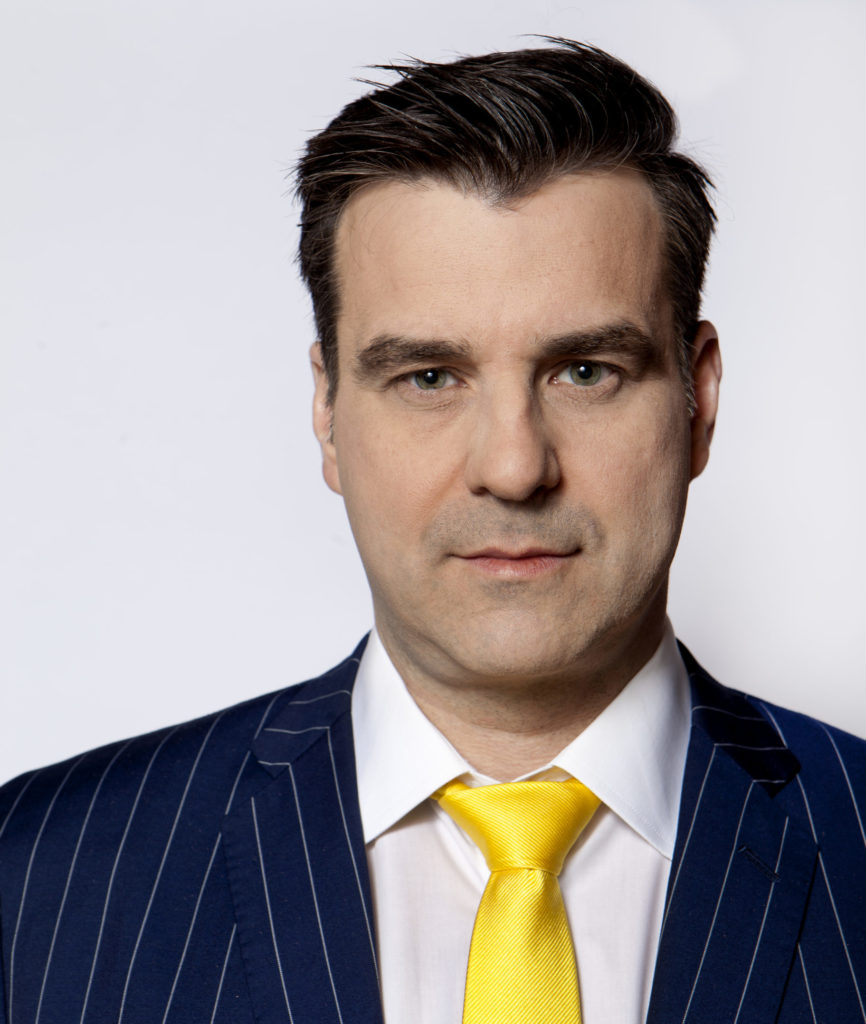 After 24 years in the Financial Service industry and a best selling book, Kevin-Barry Henry has not lost his love for working with grandparents and their families to find solutions to their financial questions. In fact, with a personalized approach focusing on determining what is important to his clients, Kevin-Barry founded KBH Financial Services to help families have healthy financial situations.

In this edition of Advisor Spotlight, we get to know Kevin-Barry, what inspired his book “Don’t Die Until You Do It” and what makes KBH Financial Services different from the competition.

Where did you grow up?

I grew up in Aylmer, Quebec which is just across the river from Ottawa. It is a wonderful little bilingual suburb on the banks of the Outaouais river. Our bilingual home featured a bit of twist however: My mom was Franco-Ontarian, and my dad is Anglo-Québécois.

As a child, what profession did you want to get into?

I wanted to be a farmer or play in the NHL. I did neither. My mother grew up on a dairy farm and her older brother Rene had taken over from my grandfather and was farming the land when I was a child. To me, it was the most magical place on earth and there was no doubt in my mind that having a farm was what I wanted to do, if the Montréal Canadiens didn’t call me. Or the Montréal Expos… There is still time for a small farm someday perhaps, but I might have to admit that pro sports are probably not happening.

What inspired you to become an advisor?

I was a proprietary stock trader on the NASDAQ exchange for a big firm at the start of my career and I loved that work because you knew exactly where you stood at the end of each day when the bell rang at 4. Either you were up, or you were down. There is wisdom in knowing where you stand. Being a prop trader means you trade the house account (the firm’s money), and you sit in front of 3 or 4 monitors all day long with another trader doing the same thing on either side of you. The atmosphere is chaotic but somehow there is order to it. I enjoyed that but I didn’t really feel like I was helping anyone create anything. I became interested in managing money for real people and that led me to beginning a career as an advisor with a large Canadian mutual fund and insurance company. I learned a lot and have since moved on to start my own company, which is awesome! I love being an advisor because I can help people in an impactful way. Every advisor loves the feeling of their client achieving a goal that you put in place for them years before. Maybe a child or grandchild goes to University or they buy their first home, or they retire on time or early. Those are very real achievements for those families, and it is hard not to feel like you are celebrating the achievement with them. It is very rewarding. I still check the tape every day at 4 though.

If you could go back in time, what advice would you give yourself at the beginning of your career?

Probably to be more patient. We all want everything now and that certainly applied to me, but this business works on a different schedule. It is a little like farming in that you plant a seed, and you get to water it and watch it grow. You must take care of it so perhaps a few lessons from my uncle the farmer have worn off on me. I still struggle with wanting everything today but far less than my younger self, so that would be my advice to younger me. Hang in there, the seeds are growing.

How do you think the insurance industry has changed since the COVID-19 pandemic?

Well, there have been many welcome changes on the tech front, which is great, but I would say the biggest change is the ease with which the topic comes up now in chit-chat discussions. People are far more open to talking about the need for insurance now. It used to be that if you wanted to be left alone on a long plane trip you could just tell the person in the seat beside you that you sold life insurance. I have not been on a plane since the pandemic, but I have absolutely noticed that the conversation about life and CI are much easier today. People understand the need now.

What do you feel is KBH Financial Services greatest competitive advantage?

I’m not sure it is an advantage of any kind, but we cater to families facing life transitions and I know a little about that because my family went through it. My mother passed away unexpectedly in 1993 at 51 with no will and we watched my father do his best to figure everything out, stand in line and get paperwork stamped, pay bills, and wait and stand in line and wait. It was tough but we got through it. In 2013 my father had a fall at home alone and he couldn’t reach the phone, so he was on the floor for 13 hours. He was very thankfully ok, but that kind of event changes a family. I know first-hand, so when I see the look of an adult child who is worried about what the future holds for their parents or I see an older person who has no idea where to turn, I recognize it instantly and I know what they are feeling. I don’t know if that is an advantage, but if that is something your family is facing, it is nice to know someone has been through it and that it will be ok. It will be different, but it will be ok.

What do you think is the biggest misconception about Estate Planning?

That it is complex and expensive. I mean it can be, but it really doesn’t have to be. Obviously covid has changed the entire planet and estate planning is no different. Things that used to require a visit or two or three to the lawyer’s office and weeks of planning can now be done from your couch in sweatpants, in some cases in an afternoon, and it will cost less than a night out. Having been through and seen both well prepared plans and poorly or altogether neglected plans, I can tell you from the family’s perspective that even a simple plan can alleviate a ton of stress on your family in what will obviously be an incredibly emotional and stressful time. It is easier and cheaper than ever before. Just take care of it.

What inspired you to write your book “Don’t Die Until You Do It”?

Thank you for asking. It was the incident with my father falling at home alone and then the journey our family embarked upon to find him a new place to live that made him happy and suited his needs from a care perspective. We also wanted it to be able to provide care for him if there was a change in his health down the road. We did not want to move him every few years. I looked for books on the subject and of course spent loads of time on google and YouTube, but I really couldn’t find one book that talked about the journey from the family’s perspective in Canada. So, I decided to write my own.

What was one of the most surprising things you learned in creating your book?

The sad stories, by far. There were so many families that had good intentions but because of poor planning or neglecting to plan, the financial impact was enormous, but the emotional strain on families who were left to pick up the pieces was devastating. I read so many stories of families who were happy and got along their entire lives together until the estate had to be settled and now, they no longer speak. That was hard because it is unnecessary and completely avoidable.

What was one of the most meaningful moments of your career?

This may not be the answer you’re looking for, but I would have to say September 11th, 2001 as a floor trader. Although we were working from an Ottawa office, watching the towers come down as a trader, in a room full of traders was surreal. The entire floor was still for the first time. That one is hard to forget.

Kevin-Barry Henry’s broad personal experience as a trader, financial advisor and author truly is his secret weapon. It has allowed KBH Financial Services to distinguish itself as a company that focuses on helping families regardless of their financial needs.