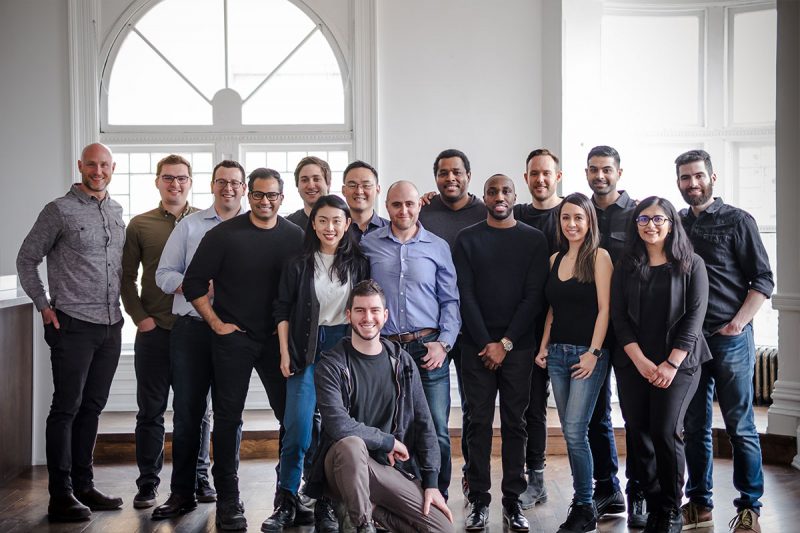 In a world where artificial intelligence and machine learning seem to dominate media headlines, it’s become a common misconception that technology is out to replace human interaction. At Finaeo, we believe the opposite to be true. We don’t think machines can replace empathy and human relationships. Instead, we are leveraging technology to help scale business practices and adapt to evolving consumer needs. Our goal is simple: we want to see a world where insurance is accessible to everyone. We believe that putting the right technology in the hands of advisors who care will help us reach our goal. Finaeo is on a quest to empower advisors to #BeBionic. You might be wondering what that means. In order to explain where we’re headed, it’s essential to share how we got started.

Our story began in Vancouver, British Columbia. Finaeo’s CEO and Co-Founder, Aly Dhalla, started his career as a financial advisor in the midst of the 2008 market crash. He spent seven years in banking, transitioning between various roles in retail and innovation. Intrigued by the way technology was shaping financial services in the new economy, Aly decided to join an employee benefits startup as the first employee. Here, he played a key role in creating a digital experience for individualized employee benefits. With startups like Zenefits coming to market with new business models and lofty goals to disintermediate the industry, there were a lot of conversations around the future of insurance and financial planning, and the company was soon acquired by one of Canada’s largest third-party administrators for group insurance, Benefits By Design (BBD).

It was during his time at BBD that Aly was introduced to Donald Chu, who ran and operated one of Western Canada’s top employee benefits advisory firms. Aly spent time getting to know Donald as one of BBD’s top customers, and was inspired by his utilization of technology to help scale the business. Aly listened intently as more and more advisors like Donald expressed the need for an integrated solution to help reduce supply chain inefficiencies and maximize the time they spent doing more impactful work. After all, purchasing insurance is an intimate and highly personal decision. Advisors play an essential role in building trust and meaningful relationships to ultimately help clients access policies that meet their specific needs and financial situation.

While listening to these stories, Aly started to see financial advisors as heroes. Their goal at the end of the day was to make a difference and provide stability to families during trying times.  Unfortunately, these heroes were bogged down by arduous paperwork and manual processes. They were looking for a solution to offload tedious back-office tasks so they could spend more time with their clients. However, it became clear that the solution they were looking for simply didn’t exist.

What do entrepreneurs do when they identify a need for something that doesn’t exist? They build it themselves.

This is where the concept of Finaeo (“financial advisor hero”) was born. Aly validated the idea of digitizing elements of insurance distribution by speaking with dozens and dozens of advisors and understanding emerging market trends. All signs pointed toward a clear need for a digital solution. Aly and Donald kept in touch, and after spending more time understanding the problem and opportunity, Donald wrote an early angel investment cheque and joined as co-founder in 2016. As Aly continued to socialize the vision for Finaeo, he met with several venture capitalists to take advice on the business model and to understand if this business had the potential to attract and raise venture capital. In his travels, he met Jonathan Bega, an eccentric and brilliant analyst for one of Canada’s top VC funds, Golden Venture Partners. After spending two straight days “debating” (read: arguing) the future of insurance, Jonathan was inspired to join as co-founder to round out the team.

From there, Aly, Donald and Jonathan got to work! They hired a team and built our first product, which was a mobile solution to help financial advisors on the go. However, we’ve evolved significantly since the early days! Fast forward to 2019; we’ve built technology around the specific needs of advisors who need to keep up with the evolution of insurance. We set out with the mission to inspire advisors to #BeBionic; to leverage technology to grow at a faster pace and provide more value to the end client. Today, advisors across North America are using Finaeo as part of their daily routine to do just that.

Our quest to empower advisors has taken off and continues to build momentum. We’ve partnered with Hub Financial, Canada’s largest insurance wholesaler, to provide advisors and their clients with more optionality to meet their needs. We’re backed by industry leaders like RGAx who share a similar vision of reinventing insurance distribution and building streamlined processes for supporting the end client.

Just like Aly and Donald, #BionicAdvisors care about people and want to over-index on areas in which they can provide the most value; and that’s servicing their clients.

That’s what it means to #BeBionic. We hope you’ll join us on our quest to build a more enhanced, accessible and digitized future of insurance.