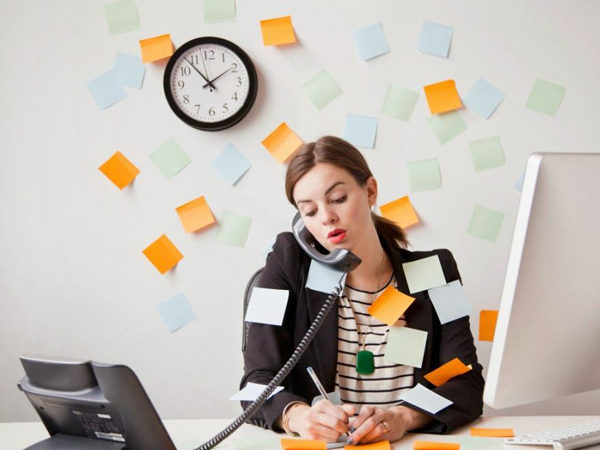 How to grow your book and business in a new world

One of my favorite anecdotes about the change which hit the financial advisor landscape comes from the CEO of Finaeo. It was September of 2008 and he was a newly minted financial planner working at a major bank. Up to that point, his life was pretty good. People would come into his branch and ask for advice, and he would help them build out their portfolio. They were making money and he was making money. He lived and worked in a small community, the kind of place where the bank was the cornerstone of the neighborhood. Everyone knew him and would smile and wave when they saw him walking down the street. Then the crash happened and everyone was in a daze. Even seasoned advisors who had survived previous market downturns seemed stunned. Very quickly, the smiling and waving stopped. And then one afternoon in late September, he was standing by his car with a drink in hand, and a client approached him. “I just lost half my portfolio, and you’re drinking a ****ing Frappuccino?” That was the moment he realized everything had changed. Since then, we have spent a lot of time trying to understand what exactly changed between 2008 and 2016. In the next three blogs, we will tackle the changing landscape for financial advisors. In this post, however, we will focus on the big three shifts that advisors are facing. Millennials, the fourth shift, will be a blog post on its own.

1. To grow your book, you first have to earn trust
Fundamentally, after the collapse, trust was lost. Gallup, which has surveyed public trust in banks since 1979, shows this. In 2007, 41% of people polled trusted the bank “a great deal / quite a lot.” By 2009, that number had cratered to 22%. As of writing this blog, the level of trust has increased to 28%. Still a far cry from its pre-recession level. Moreover, where 14% said they had “very little / no” trust in banks in 2007, that number was 26% in 2016. To anyone who remembers the before and after, these numbers reflect reality. The job of the financial advisor became far tougher when people lost trust. While sending a bottle of wine for Christmas used to be enough to maintain a relationship, all of a sudden clients were demanding far more. Advisors had to prove their worth. They had to spend more time with clients, adding value with every touchpoint. Taking a “values-driven” approach means spending more time with your clients, understanding their needs, and planning for their success. The role needs to shift from an order-taker to a trusted “thought-partner”. Whereas trust used to be assumed, now it has to be earned.

Earning trust, then, has become core to becoming a great advisor. I will have a lot more to say on the topic in follow-up segments, but it’s my belief that growing your book relies on building trusting relationships. This requires a client-centric approach. You must be value-add, you must be responsive, and you must never forget a follow-up.

2. Clients are now empowered and must be treated as equals
If the crash had happened a decade earlier, we would have gone back to business as usual. However, this happened in the age of The Internet, and the dawning of the era of the smartphone. Before the ubiquity of the Internet, advisors had a monopoly on information. Clients would come in with almost no information and allow their advisors to guide them through their financial decisions. With the trust still there, there was no impetus for clients to spend time learning on their own. But after the collapse, clients began taking matters into their own hands. Whereas it used to be about information, now it has become more about validation. It’s about getting the client through the last mile of the marathon, not the first 25.

Do you remember the first time a client whipped out an iPhone during a meeting? Talking to advisors, this has clearly become a common enough occurrence. One advisor told me a story about a nice 55-year-old client he had. Before the crash, she would come and bring him delicious, freshly-baked cookies. After the crash, she would grill him on Morningstar reports about oil & gas from that morning. But he saw the upside. A best practice he developed was to get an understanding of a new client’s interests during the first meeting. He would then send them pertinent articles on the topic afterwards. This was a huge value-add for everyone. The clients knew their advisor was keeping tabs on the things they cared about and the advisor could frame future conversations instead of being caught off-guard. Some clients even started sending him articles ahead of time to discuss. By helping empower his clients, the advisor developed stronger relationships built around trust.

3. Clients still want you, but they don’t need you
One of the most interesting (or worrying) shifts that have taken place over the last few years is the distribution channel shake-up. Whereas we used to be the gatekeepers to financial products for consumers, the last few years have seen a dizzying number of new market entrants. Online insurance brokers (which generated $13B in 2015), Zenefits, robo-advisors (predicted to have 5.6% AUM by 2020), and insurance suppliers going straight to the consumer: all of these are part of the new landscape. Prior to this open access to products, advisors had to worry about being outcompeted by other advisors. Now, they need to worry about competing with robots.

But advisors aren’t going anywhere. Even with access to information and channels, the average person still wants to be eyeball-to-eyeball with another person before making a personal decision with many ramifications. The job of the advisor is no longer about gathering information, but about helping clients make sense of it. Yet, it does change the power dynamic immensely. Clients may still want you, but they no longer need you. This means that the margin for error with clients is much narrower than ever before. There is no more room for “I’m sorry.” You forget a follow-up email, you forget details about your client, you don’t make the introduction you promised – clients will look elsewhere. One strike and you’re out.

The solution to this is being very process driven, and extremely organized. This entails monitoring your sales funnel closely and making sure nobody slips through the cracks. It means staying on top of your tasks and to-dos. A great best practice an advisor shared with us was the post-meeting voice memo. After every client meeting, she spent 45 seconds putting together a voice memo recording what was discussed and what her follow-ups were. This memo made sure she remembered details of the meeting while they were still top of mind. It also allowed her to relay this information back to the client with a thank you email the next morning, demonstrating that she was on top of everything.

#Challenger
After your next meeting, walk out and record a voice memo right away. Then take a look at notes you wrote for previous meetings, comparing the level of detail in both summaries. You’ll notice that the voice memo had details that you wouldn’t have included in your hand-written notes. Details matter and it could be that detail that helps you close the business / add better value. Try it out and comment down below on what you found!

This is part 1 of our three-part series on the how to grow your book and business in a shifting landscape. For part 2 on the three keys to selling to millennials, click here. For part 3 on the ultimate cheat sheet for succession planning, click here.