What is an IMO

IMO stands for Insurance Marketing Organization. IMOs act as third parties between independent insurance agents and insurance carriers and can also be referred to as FMO (Field Marketing Organization) and GA (General Agency). Insurers depend on marketing organizations to provide free of charge, free recruiting, contracting, training, licensing, and support.

Why is an IMO crucial to insurance agents?

Back-end support. A great marking organization will provide all the necessities to ensure success for the agent partnering with them – including contracts, recruiting, and marketing assistance.

FAQ support. A great IMO will be there to answer any questions you or a client may have about the carrier products and provide a direct line to the carriers if they can’t assist you with your questions.

Incentives. One of the perks of a great IMO partnership is the benefits you’ll receive for your hard work. So when shopping for an IMO, look to see if they have any performance-based incentives. 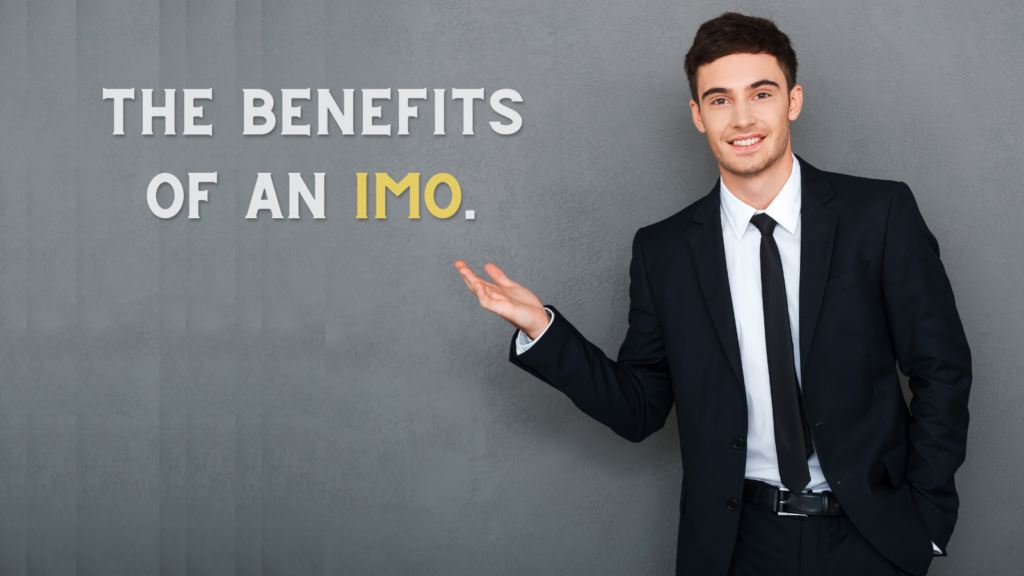 Why is an IMO beneficial to independent brokers

When deciding how to contract with insurance companies, agents who want to sell insurance have a few options, regardless of how they joined this industry. They can choose to become either captive or independent agents.

There are two options for captive agents: Working directly for one insurance company or working for one or more insurance agencies. Captive agents usually work as W-2 employees with steady paychecks and bonuses based on sales quotas. Besides the steady income and possible benefits, captive agents are typically not responsible for overhead costs like renting and staffing an office. For some, prospecting and marketing costs are waived if they produce business, while others may not even be responsible for those costs at all.

These options come with the limitation that captive agents can only sell insurance for specific companies, so the company with the best benefits, the cheapest policy, or is the easiest to sell might not always be available, or it may become an overwhelming decision. In addition, captive agents or employees aren’t always paid a salary and often work under “assigned commissions” – meaning they aren’t in control of their future commissions.

There are two options for Independent Agents: Directly contracting with multiple insurance companies or going through an intermediary upline. IMOs help agents stay independent and sell insurance with little oversight. Independent agents have the opportunity to earn more money or higher commissions than their captive counterparts. The trade-off is that independent agents are also responsible for: Marketing, office space and utility costs, hiring employees, tools like CRMs, and quoting software and dialers.

Independent agents have the choice to work directly from home and without a team – reducing the costs of the responsibilities above. Most independent agents don’t run into these other costs until they scale up their business.

Now, let’s go over the two independent agents’ contracting options: Contracting directly with an insurance company or going through an intermediary, often called an IMO or FMO in the insurance industry. 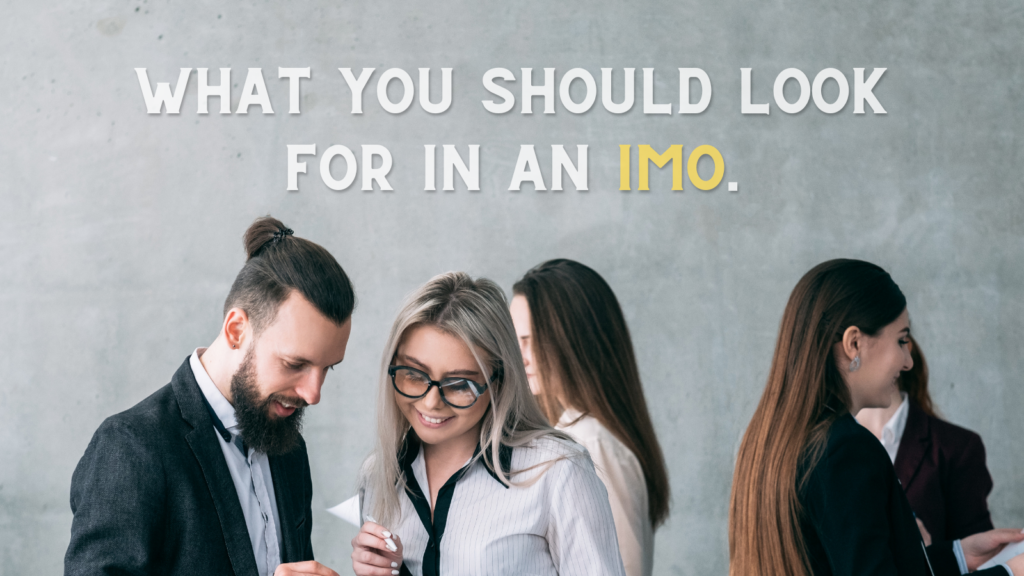 What to ask yourself when looking for an IMO

IMOs are not in the business of selling insurance products; they are in the business of recruiting agents. So as soon as you identify your goals, it’s just a matter of comparing the differences and finding an IMO who matches your needs.

So how do you ensure to choose the best IMO for your needs? Here’s a list of questions you should ask yourself before committing to one.

How much experience does this IMO have? Although how long an IMO has been in business is not the most significant factor in determining the right one for you, it’s important because a long history of success is a sign that you’re in good hands.

How many carrier partners do they have? Are the products competitive? Providing various competitive products to meet client needs should be a significant priority when choosing IMOs.

What kind of prospecting and marketing programs do they have? Do they offer practice management support? Being an independent agent can be a lot of work with extensive costs. So, picking an IMO is also about ensuring you have an adequate support system to meet your goals.

What do other brokers and carriers say about them? Look at the reputation an IMO has cultivated over the years to ensure that you’ll be working with an IMO who has already successfully helped your peers. 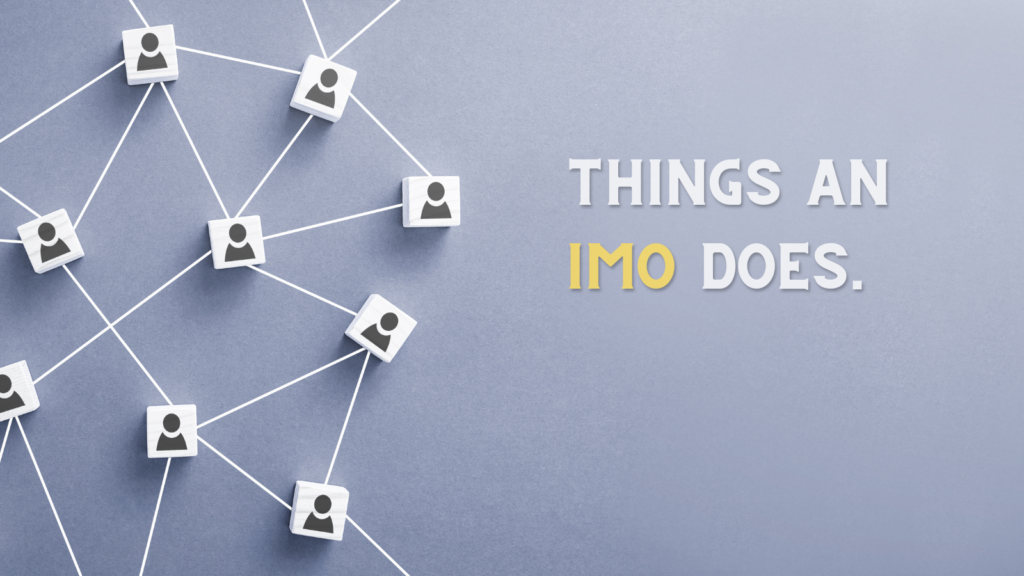 Things an IMO Does for Their Insurance Producers

In addition to knowing what to look for in IMOs, it’s also essential to understand what an IMO should do for you and how it can help you meet your end goals in the first place. Therefore, you should be looking for IMOs that can provide you with:

Sales training and prospecting programs or reimbursement for using these programs.

Branding and marketing support to help you reduce the costs of creating and printing materials.

A wide range of carrier products and experts so you can ensure your IMO provides you with competitive products for your clients.

Read up on Five Things IMOs Could Do for Their Insurance Brokers to learn more about what IMOs do for their insurance producers.